The industry is the economic sector of the employer, it is a statistic that looks at what types of economic activity exists in a region. The Elgin-St. Thomas Labour Force Development Strategy 2015-2018 identified the target sectors for development as: 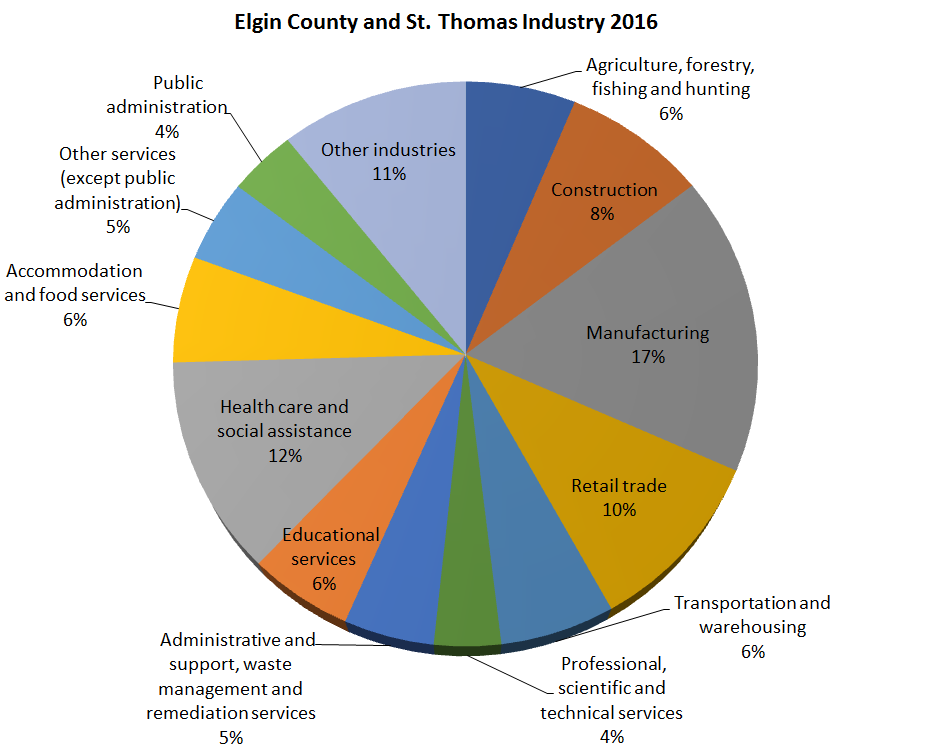 The region’s history is rooted in railway activity and agriculture; the County enjoys one of the longest growing seasons in the nation and as a result continues its tradition of agriculture (6% of industries). The figure shows the industries of Elgin County and St. Thomas with the manufacturing sector as the main industry of this region, at 17%.   During the difficult economic times in Elgin County and St. Thomas many of the large factories have closed in the last few years resulting in a shift in the industries.   For more information on industries in the area please go to: St. Thomas Economic Development and Elgin County Economic Development

The occupation is the kinds of work performed by the employee.  Within each industry different types of work is performed, in different levels of a hierarchy.  In addition to the major industries in Elgin and St. Thomas the majority of the occupations can be seen in the figure. Sales and service occupations (21%) are the highest, followed by occupations in trades, transport and equipment (20%), and occupations in business, finance and administration (13%).  This indicates an emphasis on strong skilled labour force. 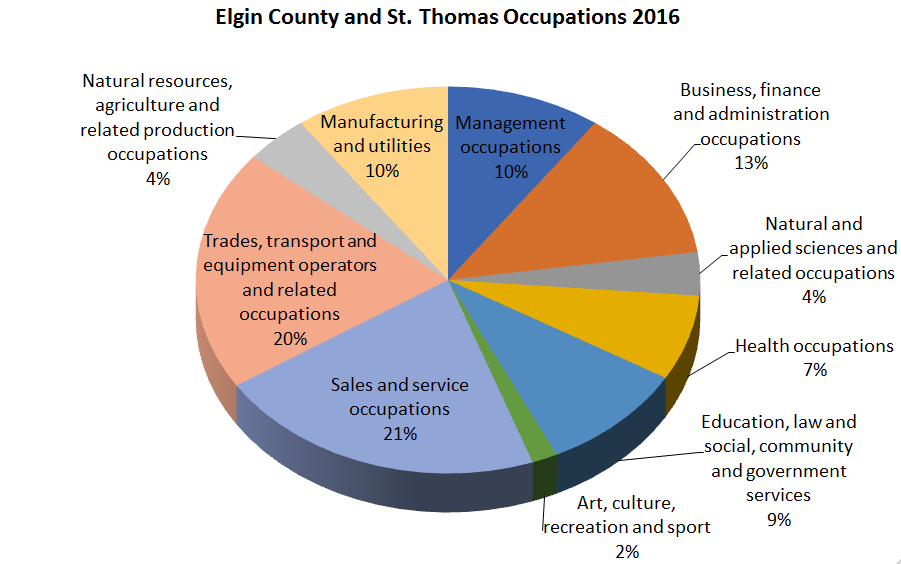 Although there is a large emphasis on manufacturing there is also a large share of Elgin County’s workforce employed through Small and Medium Size Enterprises (SME).  The following chart shows the SME employment:

In 2006 the economic outlook of St. Thomas and Elgin was very good. Elgin County had participation and employment rates above Ontario, and a much lower unemployment rate. St. Thomas had numbers very similar to the Ontario average, however St. Thomas and Elgin was affected by the economic crisis later than other areas because of the delay in effect to the manufacturing industry. Participation Rate The Participation rate is an important measure because it looks at how many people are active in the labour market.  This number includes people who are employed and who are looking for work but are unemployed.  This means that if someone does not have a paying job, and is not actively searching they are not considered in the labour force and do not participate.  Stay at home parents, students, retirees and people who cannot work are some examples of people not included in the Participation rate. 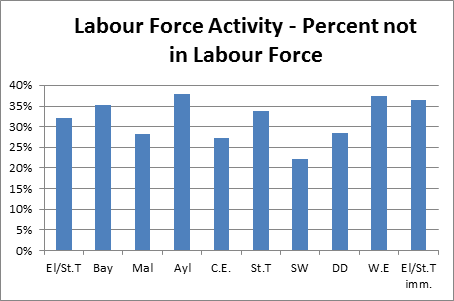 The unemployment Rate is a labour statistic that considers a different population, instead of considering all people over the age of 15, this figure is a percentage of individuals who are not employed to the individuals who are in the labour force.  This means that the unemployment rate only considers people who are willing and looking for work and does not include retirees, students and home makers. 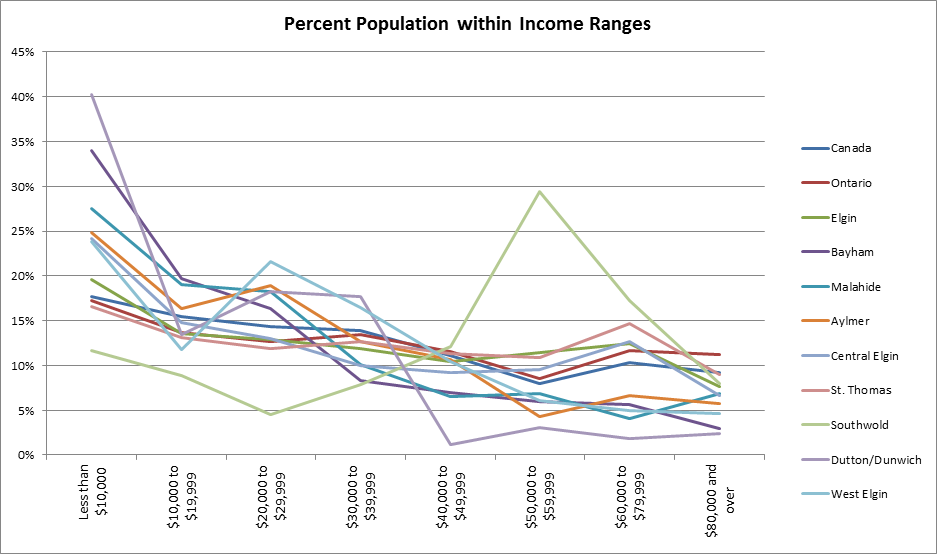 An important statistic to consider with the employment rate is the income ranges. While employment rates indicate how many people are making money, income ranges illustrate how the income ranges are distributed.  Large proportions of low paying jobs indicate seasonal and part time work and will help indicate the needs of the community.
Median Incomes Income distribution can also be presented by considering the Median and Average numbers.  Looking at the difference between Median and Average personal income helps understand the distribution. Elgin County, for instance, has a median income higher than Canada, but an average income below Canada. This is because there is a higher ratio in income above $31,000, but when an average is taken there may be a higher proportion in the highest income ranges in Canada. 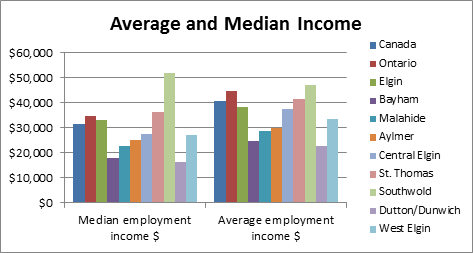 When household income is considered the values naturally increase become some household will include more than one income (including the parent figures and on occasion the youth).  Often times this will reduce the differences in incomes.  In this case the rates in Elgin are comparable to the Canadian and Ontario incomes. 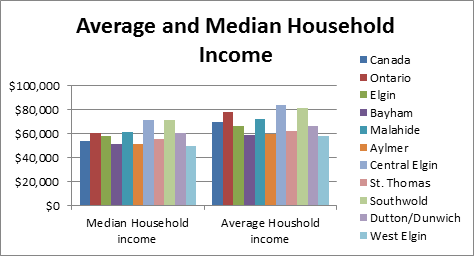